Phase InChina stepped up construction of a military base in the Paracels and expanded a military installation in the Spratleys, both potentially worrisome in light of China's mounting pressure on Taiwan to reunify with the mainland. Though the UN conference was considered a success, it left the exact breadth of each nation's territorial waters somewhat unresolved; the US, for instance, said it should extend just three nautical miles. 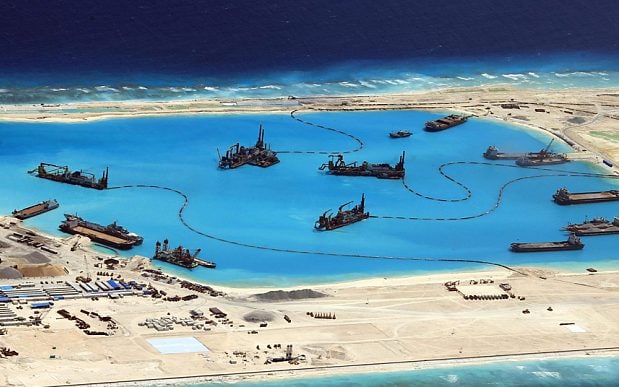 It set aside seven more pointed claims mainly accusing Beijing of acting unlawfully to be considered at the next hearing on the case's merits.

China rejected the ruling, despite stating that all nations should 'respect international laws'. Carpio states that the case is solely a maritime dispute, and not territorial in nature. The Republic of China then garrisoned Itu Aba Taiping island in and posted Chinese flags and markers on it along with Woody island in the Paracels, France tried, but failed to make them leave Woody island. Respectfully yours, On 4 Septemberwith the seventh fleet of the US Navy patrolling the Taiwan Straight, China announced its decision to extend the breadth of its territorial waters to 12 nautical miles. United States due to similarities of the parties involved such as that a developing country is challenging a permanent member of the United Nations Security Council in an arbitral tribunal.

Justification is based on proximity, not history; hence, China's and Taiwan's historical claims would not likely win arbitrated cases. Since the Yuan dynasty in the 12th century, several islands that may be the Spratlys have been labelled as Chinese territory according to the Yuanshian official history commissioned by the Hongwu Emperor of the Ming Dynasty inwhich has been subject to criticism for its lack of quality and numerous errors.

Sovereignty remained in dispute as China's consolidation of control shifted the focus of the dispute to the Spratlys. It follows, therefore, that, as between the Philippines and China, Mischief Reef and Second Thomas Shoal form part of the exclusive economic zone and continental shelf of the Philippines.

Most of the names have changed since then.